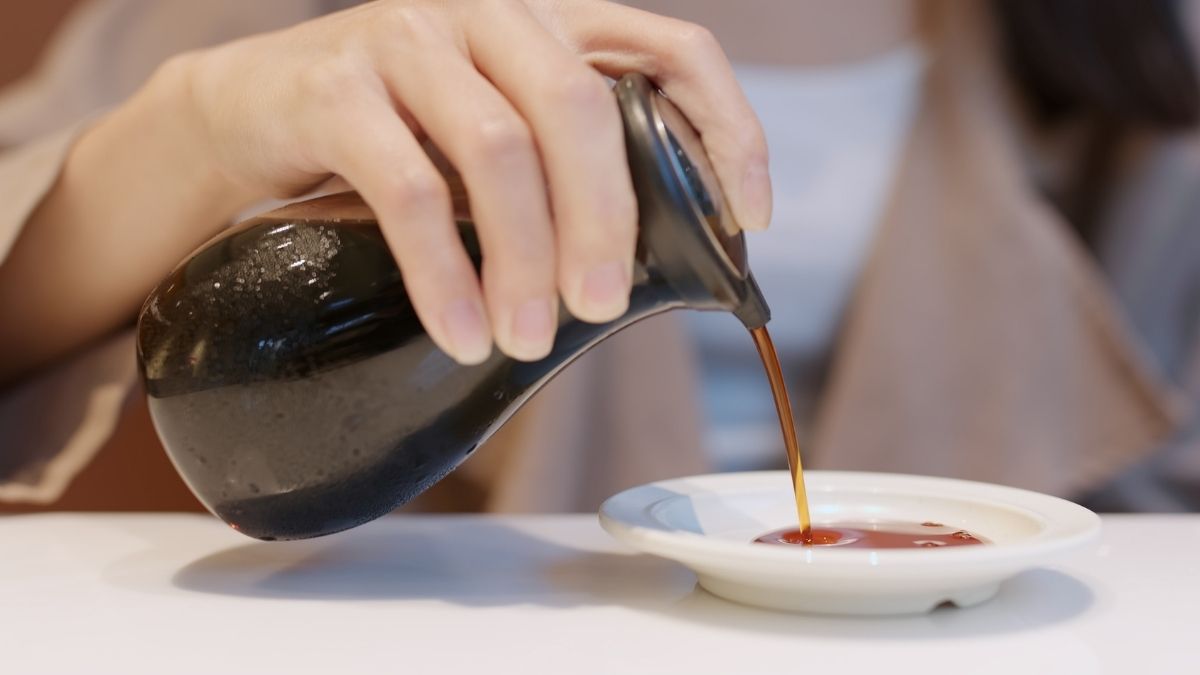 A world without soy sauce, anyone? The thought of your sushi or your stir-fried dish without it is just heartbreaking.

Soy sauce has been around since between 2,200 and 2,500 years ago, making it one of the oldest condiments in the world. Today, it is perhaps one of the most popular seasoners that is present in any household around the world.

If for some reason, soy sauce isn’t popular in your place, you might be curious: what does soy sauce taste like? Well, soy sauce is basically salty because of the salt used for preservation with a combination of flavors ranging from savory to umami which came from the actual fermentation of the ingredients.

Not all soy sauces were made equal though! In this article, I’ll walk you through different varieties and what your taste buds can expect from each of them.

Also, why you should (or shouldn’t!) eat this magnificent sauce more regularly.

As you can expect, not all soy sauces are made equal. Different dishes call for different tangs, after all!

Take a look at some of the most common types:

This is the “default” type of soy sauce when you are following a Chinese recipe or ordering from a Chinese restaurant. Light soy sauce’s color ranges from maple to light reddish brown but is still opaque.

But don’t be fooled by its name or its color!

Despite it being lighter in shade compared to the conventional soy sauce, you shouldn’t mistake it for the “lighter version” of the product. If anything, it is even saltier than usual, which is perfect for stir-frying, marinating, and as a dipping sauce.

Note, though, that using this as a dip on its own can be very salty. If you need a dip, combine light and regular soy sauce for the perfect blend.

This type is best suited for dishes that call for caramel or dark brown color. However, it’s not the best idea for stews or as a dip on its own as it can ruin the color of the ingredients, especially in food presentation.

But what exactly makes it so dark?

The thing is, this type is aged or fermented longer and often blended with either caramel or molasses and some cornstarch. This combination makes the resulting product thicker, less salty, and because of the molasses or caramel, it has a bit of a sweet taste.

Thick soy sauce, on the other hand, is made by adding sugar instead of molasses and more wheat during fermentation. Adding a starch thickener can also be an option.

So, what does thick soy sauce taste like? Because of the sugar, it tastes sweeter. No wonder it’s also called sweet soy sauce – making it perfect as a dip and seasoning for stir-fried dishes. It can also be a good substitute for recipes that need oyster sauce like braised pork and stews.

This type of soy sauce would also be perfect for Hainanese Chicken Rice, sauteed vegetables, soy sauce eggs, among others.

Soy sauce seems to be one of those foods that you need to run away from because of its sodium (that is, salt) content. As we all know, high sodium intake increases the risk of high blood pressure, heart, and kidney related diseases.

However, it’s not all red flags when it comes to this Asian cuisine staple.

Eat it moderately and you’ll reap up some of these health perks:

How Soy Sauce Is Made

History has it that soy sauce, which was originally known as Jiang, a collective term used to refer to any ancient preserved foods, originated from China. It later had its own name, Jiangyou, during the Song Dynasty.

But how did it occur to anyone to make a sauce out of freakin’ soybeans?

We can’t know for sure. But the answer probably lies in humanity’s ancient aspiration to ferment everything.

The process was a very straightforward fermentation of widely available ingredients back then such as soybeans and wheat. The brew’s original taste was exquisitely meaty with an earthy hint.

Despite its laborious process, the accessibility of the ingredients made it easy for its development to quickly spill over to neighboring countries in the region, particularly Japan.

Today, ingredients include salt, soybeans, and enzymes which produce the soy sauce’s distinct aroma and flavor.

Soy sauce is mainly salty with a hint of fishy flavor despite it not having fish in the recipe. On the other hand, Worcestershire sauce can be much stronger, mainly thanks to the pungent taste of anchovies, garlic, and onions. Although both possess that umami flavor, Worcestershire sauce has more advantages because there are anchovies in the mix.

Soy sauce is basically just soybeans, wheat, and a specific type of enzyme or mold.

On the other hand, Worcestershire sauce a bunch of ingredients: molasses, sugar, Barley vinegar, Spirit vinegar, sugar, salt, anchovies, garlic, shallots or onions, lemon, pepper, and more. Little wonder that it has such a stronger taste!

Gluten-free soy sauce, otherwise known as tamari soy sauce, tastes almost exactly the same as regular soy sauce. The only difference is the absence of wheat in the fermentation, which is the main source of gluten. Since soybeans comprise almost 100% of its content, tamari tends to be more meaty in taste, and a bit less salty.

Coconut aminos look and taste similar to soy sauce but are made through the fermentation of coconut blossom sap and salt. This is contrary to the notion that it is made from actual coconut which may make people apprehensive in trying them out.

However, while they can be touted as healthier alternatives to soy sauce, they are still salt-based so you should still need to consume them in moderation.