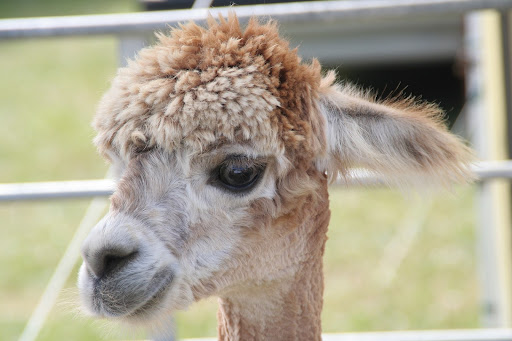 Llama is often compared and confused with Alpacas but both are different animal species. Alpacas have short ears and blunt yet small faces and they offer superior wool. Both of these animal species belong to the camelid family.

On the other hand, the llamas have banana-sized ears and long faces and they offer inferior wool. In this article, we’ll discuss everything you need to know about llama meat. While many people think llamas are raised for their wool, they’re also used as a meat animal as they can be eaten.

What does llama meat taste like? The taste of llama meat lies between lamb and beef and it belongs to the family of red meats. Just like most game meats. it’s fairly lean and you’ll love it if you like to eat exotic meats. It’s juicy and succulent with a soft texture and it’s also easy to chew.

A Brief History of Llama Meat?

The ancient Inca civilization used llama as a domestic animal for its meat and wool in South America about 5,000 years ago. The Incan culture also had a tradition to sacrifice many llamas every year to the Gods in order to earn their favors.

They used to distribute the meat of llamas to the crowds. Archeological evidence suggests that the Incan people also used llamas for carrying goods. On the other hand, Aymara mythology considers llamas as sacred beings.

If you have never eaten llama meat before, you might be wondering whether it’s good to eat or not. Not only can you eat llama meat but it’s also very delicious. It’s low in cholesterol and high in protein just like other meats.

Lomo De Llama and Cazuela De Llama are the most common llama meat dishes. The meat of this animal is also sold dry, which is called De Llama. It’s considered to be specialty meat in many countries. Surprisingly, people in many countries also eat money, scaly, anteater, cane rat, and even horse meat.

Is It Legal to Eat Llama in the US?

People’s tastes are constantly changing and they need something more delicious and exotic to eat. But eating llama is not very common because it’s considered to be a rare animal in most counties. In fact, it’s illegal to use llama as a food source in many countries such as France.

However, eating llama meat is allowed in some countries including the US and UK. In the UK, people can eat llama that’s killed in an approved slaughterhouse. It must also pass all the necessary health inspections by the local authorities.

Llama is healthy and nutritious land-based meat. It offers more tender and leaner flesh than most animals and it’s classified as game meat. The llama flesh is high in protein and offers a great nutritional value.

It’s low caloric, delicious, succulent, tender, and deep red meat and you can easily substitute it for beef or lamb in your favorite dishes. The llama meat is equipped with a considerable amount of healthy nutrients that provide you with an energy boost.

It also offers low amounts of potentially harmful substances including cholesterol and fat. Surprisingly, 100 grams of llama meat only offers 120 calories and that’s why many fitness enthusiasts love to eat llama meat. The following are the amounts of some important nutrients that a 100-gram llama serving offers:

Llama is very lean meat and you can use it to make different dishes including the following:

Other than these recipes, people from South America also love to eat different types of llama burgers.

How to Cook Llama?

Llama is one of the most versatile meat types and you can also use it to substitute many other meat types in different dishes. The llama meat, just like beef and other meat types, is formulated into different styles and cuts including strip loin, sirloin, shoulder roll, ground, sausages, stew cubes, and steaks.

You can also use it to mix with vegetables and spices in order to make different recipes. People also eat the kidneys, tongue, liver, spleen, and heart of lama by frying them on their own.

Can You Buy Llama Meat?

While llama meat can be bought, you should not expect to find it in your local butcher shops or retail stores. Usually, it’s very difficult to find exotic food and meat items from the local market.

However, you can perform an online research to find llama meat. You can also go to exotic food or specialty establishments that sell exotic food, if available in your area.

What are Some Common Llama Dishes?

Lomo De Llama and Cazuela De Llama are the most common llama meat dishes. Other dishes that use llama meat are Llama Haunch Roast, llama burgers, and llama steaks. You can also use this meat to substitute other meat types in your favorite recipes.

Is Llama a Red Meat?

Llama meat belongs to the family of red meats as it’s deep red but it is fairly lean and you’ll love it if you like to eat exotic meats.

As mentioned, the taste of llama meat lies between lamb and beef. It’s juicy and succulent with a soft texture like many exotic meats and it’s also easy to chew. It also doesn’t offer any distinct smell that other meats like goat meat offer.

Can You Drink Llama Milk?