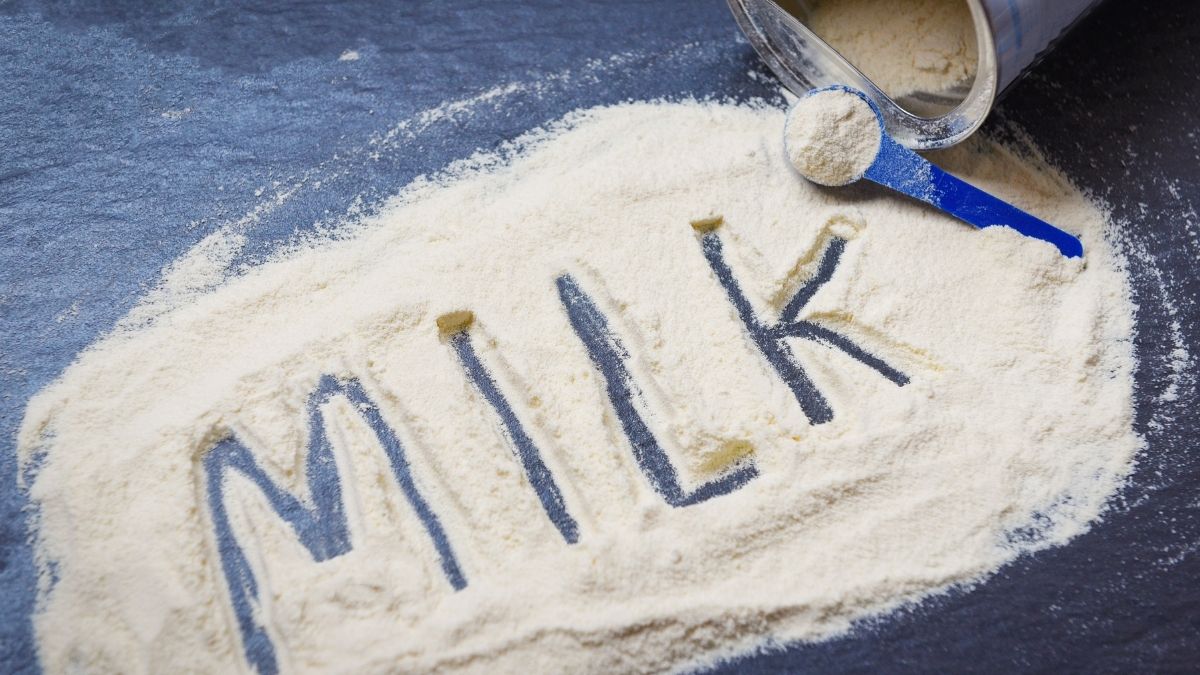 Okay, so babies can only coo and can’t really talk so I’m going to try my best on translating their thoughts about this!

Due to the many brands of formula, it’s hard to pinpoint the exact taste of formula. Sweeteners are definitely a thing, though. One thing’s sure enough; it does not come close to breastmilk.

To save you from a mouthful of potential bitterness, read on for the taste of baby formula.

Does Baby Formula Taste The Same As Breast Milk?

Baby formula and breast milk surprisingly do not taste the same. Many formula brands have tried, however, no formula has come close to the taste of breastmilk.

A mother’s breast milk constantly changes according to what her diet is and what her baby needs. Therefore, the taste of breast milk can be different in each feed.

According to moms who have tasted breast milk, they say that it tastes very sweet, paired with a watered-down version of milk. However, every mum’s milk tastes different due to the different foods she eats or her body.

Formula has a constant taste, depending on the brand you buy. This is why formula tastes way different from breast milk.

Formula brands have to contain the nutrients that are found in breast milk, but this does not mean that they taste the same. Breast milk also contains a natural sugar called lactose, which gives it that overly sweet taste that the baby likes.

The minerals, vitamins, and sweeteners that the companies use to make formula taste different. One formula might be sweeter, while the other might have a slightly sour taste. You have to find which flavor your little one likes!

Each formula brand has its own flavor profile, so it’s up to you and baby to figure out which one is best. For example, milk-based powders have low levels of sweetness with a cereal and sour kind of taste, whereas soy-based ones have a sweeter taste with a bite.

If you’re swapping your baby from breast milk to formula, good luck! They will probably fuss for the first few feeds, giving you a headache.

The Different Types Of Baby Formula

You get different formulations of baby milk powder according to your baby’s needs and allergens. They are:

There are also special types of formula if your baby does not take well to the protein hydrolysate formula.

What Formula Tastes Like Breast Milk, Or Close Enough?

If you have a fussy, hungry baby who just does not want to drink their formula because it just doesn’t taste that good, don’t despair! We got you!

Some formulas have been created to taste as close as possible to breast milk, it’s not the same, but it’s a pretty good substitute. Babies tend to accept formula milk if it is on the sweet side, as it will remind them of nursing.

Here are some formulas that remind babies of their old friend, breast milk:

Can I Switch Formulas?

If you want to switch formulas on your doctor’s advice (to an elemental formula), it’s best if you discontinue the old formula immediately and start the new one at the same time.

However, if you want to switch because you found a better one or a more affordable one, you can try it out with your baby to see their reaction. It will take a while for them to get used to a new taste.

If they do not like it at all, try a gradual change. Combine three parts of the old formula with one part of the new one. When your baby shows that they like that, move to half-and-half and then finally the new one.

Babies are cute buggers but can be extremely fussy when it comes to food. Just like us, I guess!

How long should I give my child baby formula?

You can give your child formula until they are 1 year old. These little ones cannot have cow’s milk at all. You can introduce cow’s milk when they are 2 years old.

However, it’s best to get your doctor’s advice on this, as certain types of milk will not provide your infant with the fat or calories they need for early brain development.

Can I use a formula beyond its expiration date?

That one day when you don’t have the car, and you see the formula is beyond its date. You’re tempted to… but don’t!

Always check the expiration before using or buying the formula. I know it may be just one day beyond, but you can’t be too sure of its quality, so don’t risk it!