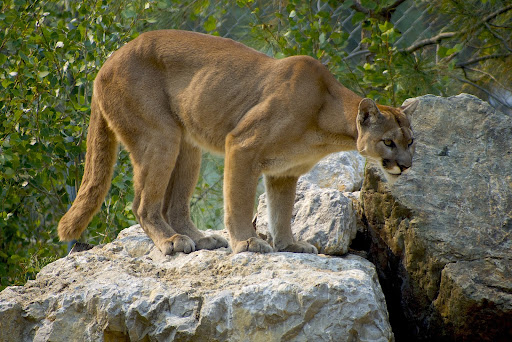 We all know that cougar eating isn’t very common and most people who like to hunt cougars are interested in trophy hunting, unlike prey animals. According to the old-time hunter wisdom, mountain lions and cougars offer lousy meat. The same is also said about a lot of typical game animals hunted by people just for the trophy.

If you’re not a trophy hunter, you would like to leave just the skin of the hunted animal behind. Additionally, if you want to hunt cougars for wild game meat, you might be wondering what does cougar meat tastes like. Let’s figure it out.

Cougar meat is similar to the lean and white meat of pork and it offers a mild flavor that allows it to take seasoning well. The texture of cougar meat is stocky and dense, which looks like pork loin. A biologist, hunter, and filmmaker, Donnie Vincent talked about the cougar meat on the “Free Range American Podcast”.

He said that he killed mountain lions multiple times in British Columbia and they taste absolutely fantastic. He and his friends would kill a big cat and prepare lunch together and they would finger-food it because of its delicious taste.

He also mentioned that it’s one of the finest wild game meats and if you have never eaten mountain lion meat before, you should try it. It tastes even better than pork once it gets tender and offers an elegant meal.

Do People Hunt and Eat Cougars?

Back in 2019, Nebraska, along with 13 other states allowed legal hunting of mountain lions. That’s because the number of big cats was increasing dramatically and it offered increasing hunting opportunities. But if you like to hunt big cats, should you also eat them?

Eating cougar meat isn’t a new concept. In fact, many tribes of Native Americans hunted mountain lions for their skin and meat. These days people don’t usually eat cougar meat because many other easy food sources are available. The reason behind this is not that the meat offers an unpleasant flavor or texture.

In fact, cougar meat tastes very good and most people don’t eat it because hunting a wild mountain lion isn’t easy. However, you can try it if you want and you can also use the same cooking methods and seasonal blends that you usually use for pork or other types of meat.

Cooking cougar meat with moist and low and slow cooking techniques generates the best results as it keeps it from drying out. You can also opt for overnight brining in vinegar and saltwater to make it even tastier.

A black bear can eat plants and fruits, but mostly it is predatory. However, it still depends upon the territory and the time of year. The same is the case with wild hogs as they can eat both small animals and plants as they are known to be the ultimate omnivores but many hunters eat these animals.

Some hunters say that they will not eat big cats primarily because of their hunting nature. In addition, herbivores make up the majority of the normal table fare. Many of the same people, however, also enjoy eating alligator or fish meat, both of which are carnivores or omnivores.

You might hear people say that mountain lions aren’t safe to eat but that’s not true at all. That’s because the safety concerns are pretty similar to bears and pigs. Cougar meat can carry Trichinella spiralis, which is a type of roundworm that can lead to trichinosis in humans if consumed.

However, you can easily prevent contamination by cooking the meat at high temperatures. It’s advisable to make sure that the internal temperature of the meat, once cooked, is at least 165 degrees Fahrenheit just like pork and beef. Contamination can also be prevented by cleaning cutting surfaces and knives and freezing the mountain lion meat for at least 21 days.

How to Cook Cougar/Mountain Lion Meat?

If you hear people saying that they didn’t enjoy mountain lion meat, chances are they didn’t prepare the wild game correctly. You should clean the cougar meat properly and then rub it with olive oil. Then you can season it with spice mix, pepper, and salt.

After that, wrap the meat piece with bacon in order to keep it moist during the cooking process. This step is very important because cougar meat is very lean. Then you can wrap the prepared cougar meat piece in aluminum foil.

You can also pour the mixture of garlic butter and green onions over your mountain lion meat before wrapping it in aluminum foil. After that, all you need to do is to place the wrapped cougar meat on the grill and let it cook until the internal temperature of the meat reaches 165 degrees Fahrenheit. It’ll take about 25 to 30 minutes.

The diet of badgers can vary from place to place and that’s why they can have different tastes. Typically, a badger offers a taste that lies somewhere between pork and bear meat. You can cook it using the same cooking technique that you use for pork.

Cougar offers lean white meat similar to pork and you’ll enjoy it if it’s cooked in the right way. It’s important to make sure that you cook your cougar meat thoroughly and it also shouldn’t have a pink color. The internal temperature of cougar meat should be 165 degrees Fahrenheit to kill harmful organisms.

Do People Hunt and Eat Cougars?