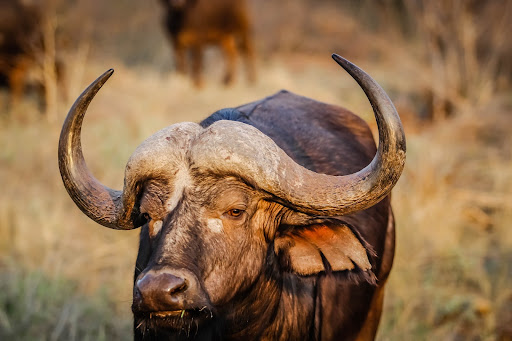 For those who feel a little adventurous and want to try out something different from the usual beef, fish, pork, and chicken, buffalo meat might be a good option. This is relatively easy to find and can be a good exotic meat for those who want something delicious yet new.

This article will describe the taste of buffalo meat so that you know what to expect!

Buffalo meat taste is described as being similar to beef with a few differences. It tastes slightly sweet when compared to regular beef and has a lighter flavor. Moreover, it does not taste gamey and has a stronger mineral flavor.

Why does buffalo meat taste different?

There are a few key differences between buffalo meat and normal conventionally raised beef that lead to the differences in flavor.

Firstly, buffalos tend to be from the wild rather than farmed. This makes them more active during their life which reduces the amount of fat and makes the meat leaner. Thanks to this, there are also health benefits to this meat over beef. This is down to the lower fat content as well as naturally lower cholesterol.

Another reason for the slight differences in taste between buffalo meat and beef is that unlike conventionally raised beef buffalos are grass-fed which gives them a deliciously tender and slightly sweeter flavor.

Thanks to these reasons buffalo meat is a good alternative to dishes that use cows as the very similar taste can easily replace ground beef.

Generally, buffalo and American bison are pretty close meats when it comes to taste due to the fact that they are closely related animals with similar living habits and body anatomy.

A couple of differences to note between bison meat and buffalo meat, however, are indeed present. For example, bison steaks and ground bison have a less gamey flavor than their buffalo counterparts. This gives bison a unique flavor and makes it more appealing to people who are trying game animals for the first time. Moreover, thanks to the less gamey flavor, bison burgers are also a good choice of dish to make.

On the other hand, the slightly sweeter flavor of buffalo steaks and ground buffalo meat make it a more interesting animal to try for people who are experienced with exotic meats. Moreover, the sweet flavor also offers a more unique flavor profile than that of bison.

Where can I get buffalo meat?

Finding exotic protein can be a bit of a chore sometimes owing to the fact that they are not commonly eaten by people. This is down to the fact that most stores do not stock such meats. Moreover, when it comes to buffalo meat, buffalos are not very common in the US, hence even if stores have buffalo present it is usually seasonal.

Fortunately, there are a few ways to get your hands on buffalo without too much difficulty. If you are not interested in cooking the meat yourself you can potentially find buffalo on some restaurant menus.

If this is not your cup of tea, however, fret not. There is also the potential of finding buffalo online. Recently, a lot of specialty e-shops have popped up that can sell exotic protein over the internet. Usually, these sellers acquire the respective protein directly in bulk from hunters or farms. Some exotic protein is also imported like in the case of buffalo meat. Thus, this is one way to get the protein without having to go through too much effort and hassle.

Lastly, there is also the option of getting this meat from specialty stores that have physical locations in various towns and cities in the US. Unfortunately, there is not a lot of these stores, especially in small towns where it can be difficult to find them. However, if you live in a bigger city then checking the internet or local ads can be helpful in finding a store that carries buffalo meat.

How can I cook buffalo meat?

Considering the fact that buffalo meat tastes like beef, there are also a lot of similarities in how to cook the two. Generally, whatever foods cow is good in, so is buffalo.

You can try going pure with a slice of prime rib cooked as a steak with nothing but salt and pepper to season. If you go for this option we would recommend that the meat be cooked rare or medium-rare so that you can get a taste of the unique notes within the protein.

Generally, however, cooking beef and cooking buffalo will be very similar, you can use the two proteins interchangeably between various dishes such as burgers and braised meats.

To answer the question of does buffalo meat tastes good, the answer is a resounding yes. The lower fat content and unique sweet notes make it tasty stuff with fewer calories and a better texture than some standard beef. When compared to bison, buffalo has a more gamey flavor and will definitely scratch the itch for someone who wants something lean, tender, and with a unique taste that is unlike most normal protein.

Additionally, the fact that unlike some exotic proteins, buffalo is still relatively accessible in stores and online can make it much easier to get your hands on and try out. Lastly, the fact that there are many similarities between the meat of cows and buffalos means that it can be cooked easily and you can eat something which is novel and unique yet not too far out of your comfort zone.

We hope this article helped encourage you to give this unique protein a shot, especially since its a delight to taste and offers something new to your palate!