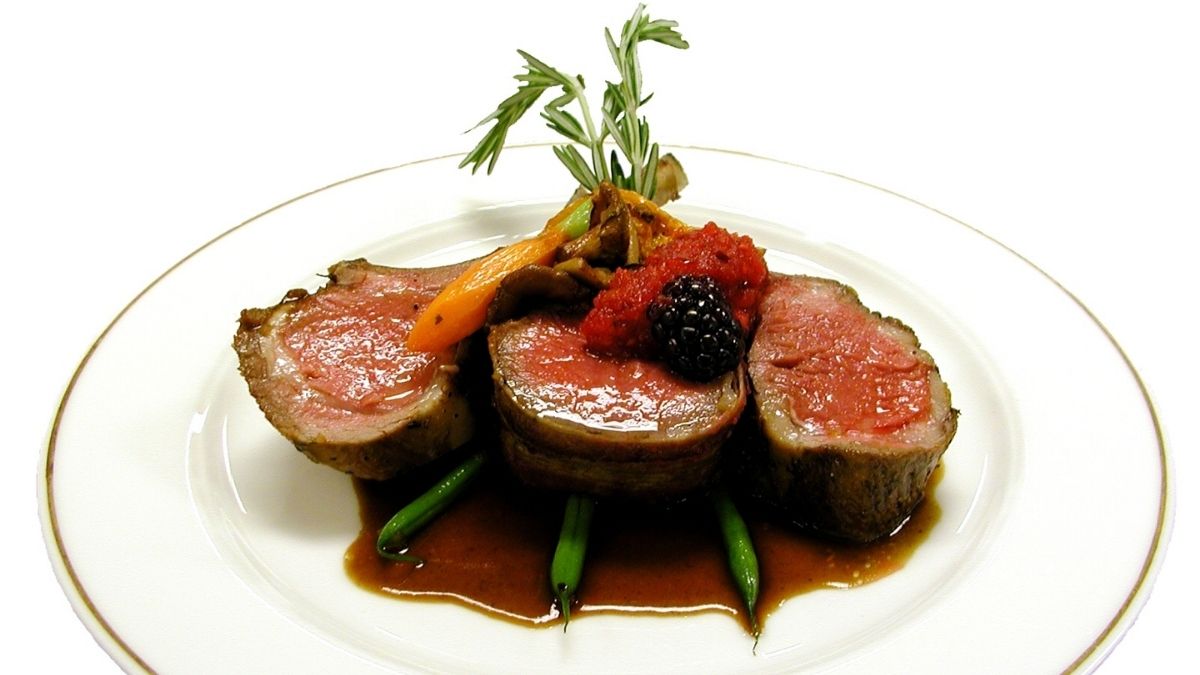 When hunting season rolls around, many of us look forward to biting into venison steaks and stews. The rich, delicate meat is a flavor that reminds us of Fall and spending time in the great outdoors.

One similar animal to the commonly hunted deer is the antelope. And, interestingly enough, you can hunt and eat antelope, too!

Antelope meat is finely grained and mild tasting. It tastes quite similar to venison and has a decidedly sweet flavor. It’s also often compared to bison meat.

An Overview of Antelope Meat

Let’s take a minute to talk about what antelope meat is and whether or not it’s worth getting your hands on. First of all, it’s important to know that while the term venison is used to describe both deer meat and antelope meat, antelope isn’t actually a deer. In fact, antelope is more closely related to cows, goats, and oxen.

The confusion arises in the fact that while antelope isn’t related to deer, the term venison is accepted for use to describe the meat of several non-native animals. Venison can be used to describe reindeer, elk, moose, deer, and of course, antelope.

The way that hunters determine the length of the horn also includes the prongs. Prongs on each horn should measure a minimum of 5-inches to be considered a trophy antelope, while the biggest of these creatures’ prongs can be as much as 7-inches.

When Is the Antelope Hunting Season?

Although the antelope hunting season varies state-by-state, it’s generally considered to start around mid-September. The season lasts all the way until the end of November.

Hunters most commonly catch this animal with rifles. However, more traditional hunters can also use bows and arrows to catch antelope.

If you’re wanting to go antelope hunting, it helps to know that some states are better than others. The best states for hunting antelope are generally considered to be Colorado, Wyoming, New Mexico, Montana, and Arizona.

There are tons of incredible health benefits of eating antelope. Let’s take a look at a few of the reasons why this game meat is such a healthy choice.

Many types of meat you’ll find in the supermarkets today are packed with growth hormones and antibiotics. These medications help the animals to grow large and fat, making them more appealing to consumers. However, they can also cause damage to our bodies.

One of the benefits of antelope is that it’s a game animal rather than a farm animal. When you eat this animal, you’re eating wild-raised meat that doesn’t contain any artificial hormones or antibiotics.

If you’ve ever gone on a diet, you’ve likely been restricted to white meats such as fish and poultry. This is because they tend to have a lower calorie content than red meats do.

However, antelope is a low-calorie red meat that contains fewer calories than beef. It has a low fat content, which makes it great for anyone who wants to eat red meat without packing on the pounds.

Who doesn’t want to sink their teeth into a rich, flavorful cut of meat? Wild game and antelope, in particular, has a rich flavor profile.

The reason for this is because lots of activity boosts blood circulation, which in turn boosts flavor. Since wild game spends hours a day staying active in its natural habitat, it tends to have a richer flavor than farmed meat does.

Another reason why antelope is such a healthy meat is because it contains omega-6 and omega-3 fatty acids. These acids are essential for maintaining a healthy diet and reducing your risk of developing chronic disease.

If you’re going to eat antelope, you’ll find that properly cared for meat is delicious. In fact, antelope is said to be some of the best wild game that you can catch!

Antelope has a rich, velvety flavor. The meat has a slightly sweet aftertaste, similar to that of deer or bison. However, you’ll find that the low fat content of this animal brings out the gamey flavors more than in these two related meats.

To get a taste of those flavors, you’ll want to cook the meat until it has an internal temperature of 130ºF. This will not only cook out any bacteria, but will also leave you with a juicy and moist meat.

The best way to cook the meat is to cook it for several hours at temperatures of 180ºF to 200ºF. This slow-cooking method helps marinate the flavors and bring out the tenderness of the meat.

Once you’ve finished cooking the meat, pull it and let it rest for at least 10 minutes. Make sure not to overcook your meat, as this can cause it to become dry and tough.

Are you still bursting with questions about antelope meat? Don’t worry, we’ve got several answers for you. Here are a few commonly asked questions about this delicious type of game meat.

How healthy is antelope meat?

Because of the low-calorie content of antelope meat, it’s considered much healthier than beef. That makes it a great option for anyone who is on a low-calorie diet but still wants to eat some red meat.

The main reason why hunters seek out antelope is because of it’s decidedly gamey flavor. Antelope meat tastes much gamier than even deer, making it a choice catch for anyone who loves the taste of wild game.

Where can I buy antelope meat?

The easiest way to find antelope meat is to visit a specialty foods store. Several online butchers sell exotic meats, including antelope, by the pound. Alternatively you can hunt the animal yourself.