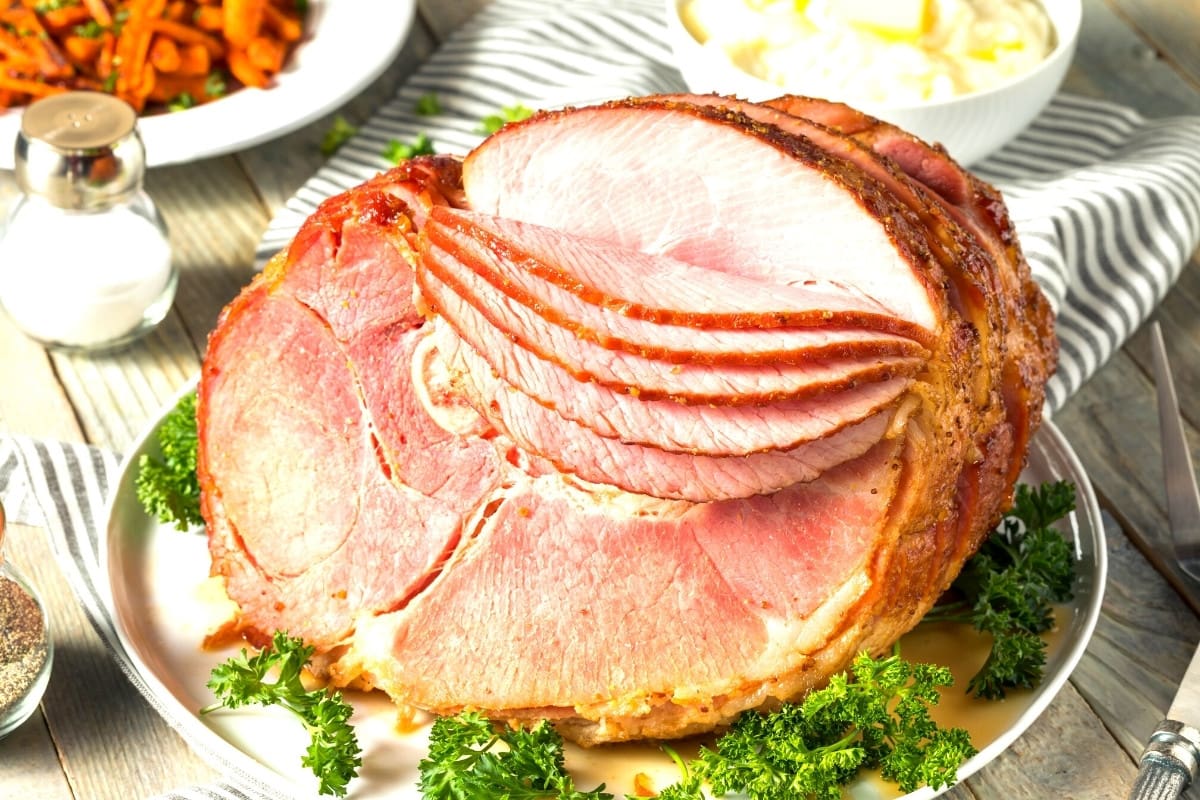 Fully cooked hams are enjoyed when cold. But, if you prefer to have it warm, you definitely need to learn how to reheat frozen ham.

There are several methods to reheat frozen ham. These methods include using an oven, slow cooker, or grill. They are all simple to use and anyone can use them.

In this article, you will find step-by-step instructions on reheating frozen ham. Any of these methods can help you achieve your goal, pick from the list which one is convenient for you and get to work.

Ham becomes tender after reheating it with a slow cooker. Reheating ham while it is still frozen is inappropriate.

Thus, it would be best to thaw the frozen ham for a minimum of 1 hour. After thawing, dry the ham with a paper towel before you proceed with the process of reheating.

Follow these steps to reheat a frozen ham with a slow cooker:

Hams dry out in the oven if you do not handle them correctly. The goal is to keep them moist after reheating.

Follow the steps below to reheat a frozen ham with an oven:

How To Reheat Frozen Ham Using a Grill

Grilling requires high dry heat, so grilling a large ham might be a challenge. The best way to reheat frozen ham with the grill method is to slice them into smaller sizes. Smaller sizes can catch the heat much faster before they begin to dry out.

However, you can use the indirect cooking method to grill a large ham without slicing it into bits. Instructions on how to reheat hams are usually stated on the label. Follow the steps carefully, so they do not dry out in the process.

Here is how to reheat from ham using the grill method:

Who doesn’t love a delicious slice of ham with an extra layer of crunchiness? Coating your ham with any glaze mixture gives the ham an overall improved taste and look. Glazing should be done at least 30 minutes before the end of the reheating process.