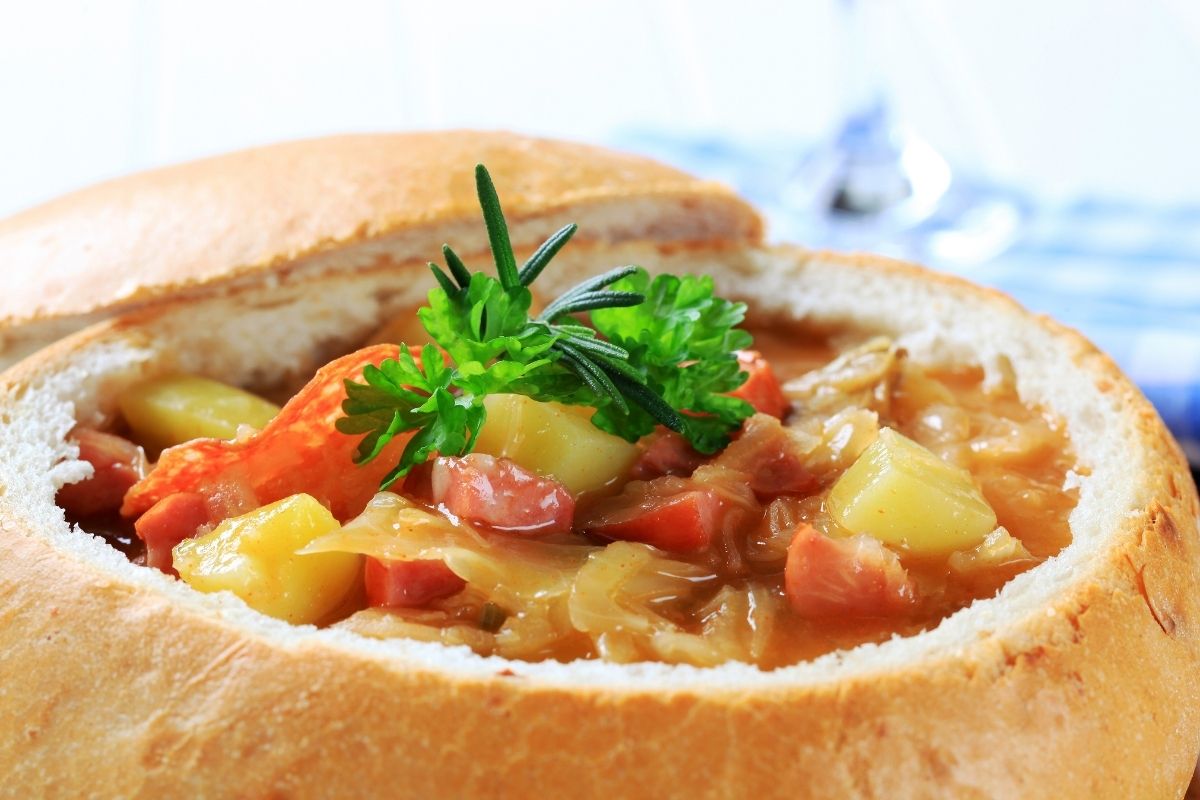 Reheating Domino’s bread bowl can be a little tricky. Done wrong, you may end up with a soggy crust and dried up sauce. However, when done right you can re-experience the full taste, flavor, and crunchiness of what the bread bowl tasted like when hot and fresh.

You can reheat a Domino’s bread bowl using an oven, a skillet on a stovetop, a microwave, a grill, or even a toastie maker. Most of these methods are quick, taking less than ten minutes. Each method has its own unique hacks to keep the crust crispy and not overcook the sauce.

Read on for the best ways to reheat your Domino’s bread bowl using different kitchen appliances.

A standard oven is one of the most common kitchen appliances used for reheating Domino’s’ bread bowls at home. It is especially handy when you’re reheating a whole piece of bread bowl. A downside to using a standard oven is that it takes much longer than the other methods. To reheat in an oven:

The microwave is by far the most popular way to reheat Domino’s bread bowls. It’s quick and convenient, and works well even when reheating only a piece of the bread bowl. For best results:

One of the best ways to reheat Domino’s bread bowl is to place it in a skillet over a stovetop. Here are the exact steps to take:

Using a toastie maker (also known as a sandwich maker or a waffle-iron) is another quick way of reheating your Domino’s bread bowl. Also, making toast out of your bread bowl can potentially introduce new flavors.

Another method is using a bread toaster instead of a toastie maker. In this case you will need heat-resistant non-stick toaster bags.

Using a grill isn’t a very popular choice. Unless you already have a grill going for preparing something else, setting it up may be too much of a hassle. Also, if your grill is outdoors then the weather might interfere with your cooking.

However, if you already have a grill going, it’s super easy to reheat your Domino’s bread bowl on it.

Now you know the best ways to reheat a Domino’s Bread Bowl, be sure to check out our guide to reheating Domino’s parmesan bites, if you find yourself with those leftover!